Area 51, Nevada:    NASA today revealed it has proof that the entire conservative, or ‘Neo-Liberal’ movement of the last forty years has been controlled by operatives of the Ferengi Alliance. A defector from that planets board of liquidators revealed some startling information that goes a long way to explain many economic programs in the UK and USA since the late 70’s.

RFN reporter Andy Mocksham was granted a meeting with the defector, as long as his identity is kept a secret. This is what he revealed to Mocksham;

“Nice to meet you Mocksham, as you know, since the late 70’s the neo-liberal movement began here on Earth. It was all started when members of the Ferengi commerce authority realized that the best way to accumulate the wealth of this planet was through the political process. They began our takeover by having DaiMon Thatcher become the Grand Nagus or prime minister of the UK. She was ruthless in passing laws that broke the backs of unions and privatizing many public services for vast amounts of profit.”

“The movement continued with the great American Nagus Reagan, who duplicated her success in transferring wealth to the top in his country. It has also been championed by the many proud Ferengi who have become the top CEO’s of most of the earth banks and large corporations like Nestle.” 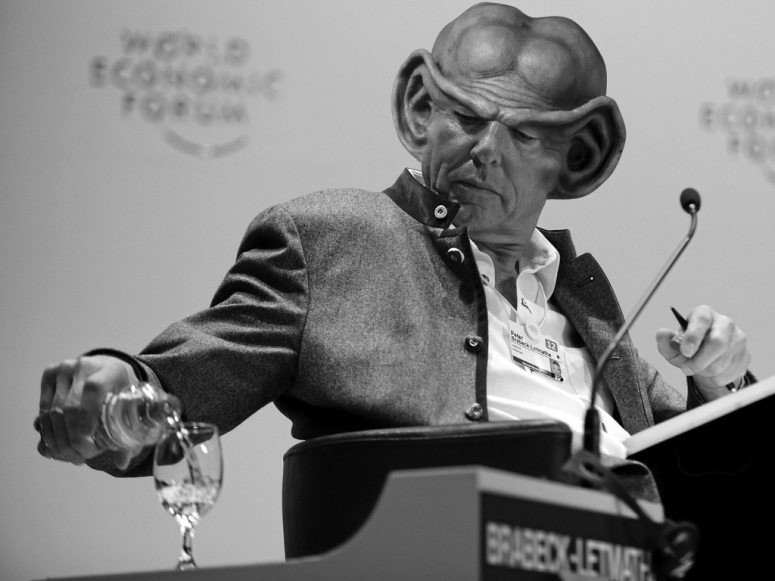 “These elite Ferengi members of the commerce authority have infiltrated every level of government in most of Earths countries now, even at state and local levels. The Ferengi rules of acquisition have been modified and adapted to the crude Human form of capitalism practiced here. Your planets resources and wealth are then converted to gold pressed latinum and transferred ‘Offshore’ to our planets Divine Treasury.”

“Now, with DaiMon Trump as US President, and many Ferengi in the US Congress, the ability to pass even more profitable laws like the GOP’s new tax legislation will accelerate the process. Soon, many more Humans will be left homeless and without medical insurance.”

“This pleases us greatly since it is only through the suffering of the masses that great wealth flows to the few.” 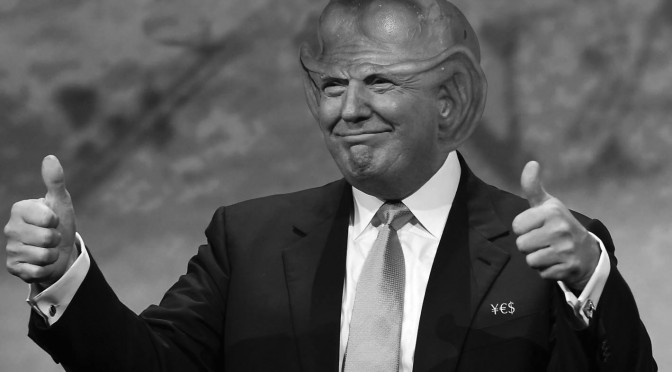